10 Best Gyms in Arlington | Where Did This Thing Come From?

10 Best Gyms in Arlington | Where Did This Thing Come From?

Colaw Fitness did not start as the 10 best gyms in Arlington. Like many companies, it started in a house. This house in Bartlesville, OK is where the Colaws would lay the foundation for something huge. What started as a living room in 2005 would grow to be a multimillion dollar company in 2020. This notion humbles us on a regular basis and makes us grateful for the favor that we have been shown.

Therefore, our goal is to give back to any community that we are a part. We feel that it is important that our membership dues go towards more than a pocketbook. At Colaw Fitness, we want to make a tangible difference in the world around us. The best part is that you, our members, help us do this. If you would like to learn more, call 918-766-3353. Our customer service team would be happy to answer any questions that you might have. Otherwise, we would love to see you in the gym soon!

Colaw Fitness began in 2004 as a simple idea. Charles Colaw had a vision of a gym where anybody was welcome. Similarly, at this gym, Jesus would receive all the glory. Many other companies are simply out to increase shareholder wealth within the company. Colaw Fitness is looking to make a tangible difference on the outside. Having an awesome gym is one thing, but being a great company is another. With this idea in mind, twenty-two year old Charles Colaw and his wife Amber started Body By Colaw. 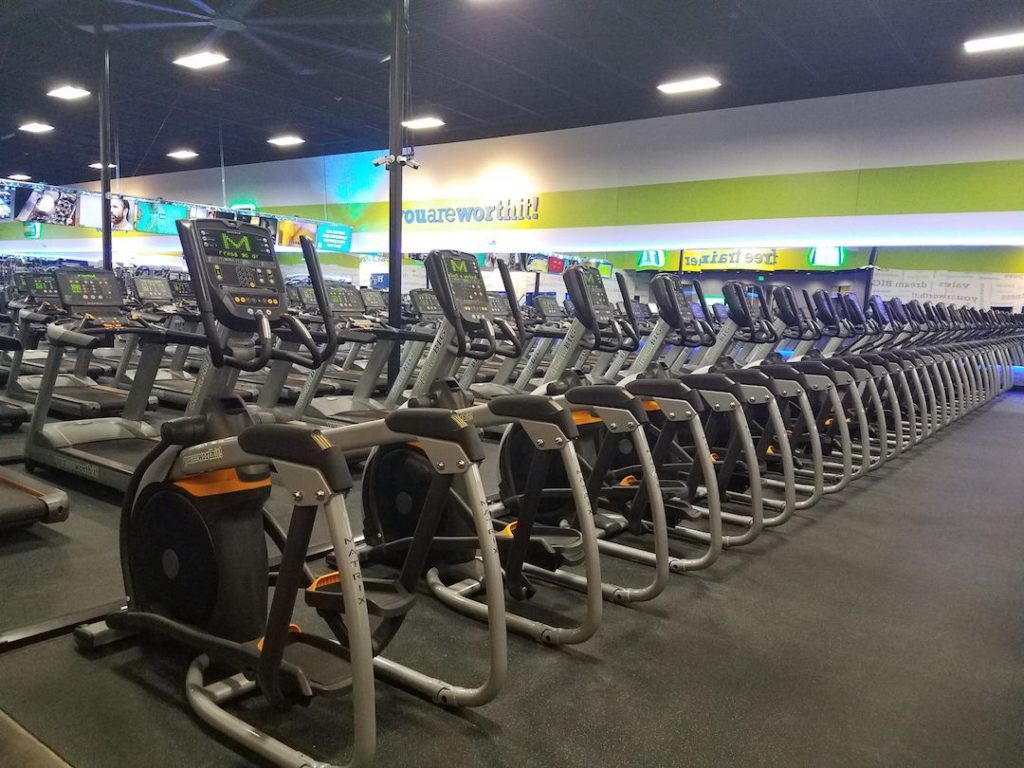 The company would carry this moniker for years before rebranding itself as Colaw Fitness. The Colaws ripped up the carpet in their small living room and laid down rubbing flooring. After opening as a private training studio, it soon grew too big to fit in that small home. They would have to find another place for their dream to be the 10 best gyms in Arlington.

It took a bit of convincing at first to win over the banks. However, in the long run, they saw that the community of Bartlesville was hungry for this. After leasing a small unit in Eastland Shopping Center, they officially opened their first location. It was back breaking work at first. Charles and Amber found themselves working from 6am to 10pm nearly every day of the week. With two young boys and a girl on the way, it was difficult enough! However, they pushed through.

After just a short time, they had a sustainable clientele and were able to expand their facility. They did so very quickly to the point where they had four of the units in the strip mall! The people of Bartlesville had an immediate sense of loyalty to Colaw Fitness. The Colaw family had been making an impact on the community for generations. It was only right that they return the favor. This directly led to being the 10 best gyms in Arlington.

There were multiple ventures to see how they could grow the gym into what they had envisioned. They included training classes for children and even opened a smoothie shop at one point. The market was ready for something new. Soon, they added tanning beds to the included benefits. As a result, it was a huge hit. Soon thereafter, massage units were also placed in the facility. Again, this was a huge hit. After rebranding to Colaw Fitness and changing the color scheme, the vision began to focus.

In the early 2000s, the dominant scheme was black, grey, and red, which Body By Colaw adopted. However, the Colaws saw how the use of hardcore colors affected their clientele. It was scary for people that had never used a gym before to see that. Soon thereafter, they changed the colors from black and red to blue and green. The colors of the now 10 best gyms in Arlington.

The public loved this change and felt that it was more welcoming for first time users of the facility. By this time, Colaw Fitness was beginning some major moves on the board. For years, they had been researching potential new locations in the area. In 2015, a decade after opening their doors, they found themselves in Joplin, MO. This location would be only one hundred yards from the busiest intersection in the city. It would be brand new, built from the ground up. It would have all of the amenities of Bartlesville, and will all new finishes as well. Construction started shortly thereafter, and they opened their doors on January 1st of 2016. This was the essential groundwork to become the 10 best gyms in Arlington.

When they opened their doors in Joplin, it was another immediate hit with the community. So far, Joplin had only experienced power lifting gyms that made them uncomfortable. This new gym, whose slogan was “You Are Worth It!” was a game changer for the industry. Therefore, people flocked to it for pre-sign ups. Joplin became a seed bed for something the Colaws could only pray for. At this location, new systems and content were created to bring them into the public eye.

From here, new marketing and philanthropic ideas burst forth. Shortly thereafter, they partnered with Water For Life Mozambique. This company would take the first dollar from every membership to build fresh water wells. They would severely reduce the water crisis for the people of Mozambique. Colaw Fitness had grown far beyond what they could have thought possible. Now it was making a global impact!

From here, they opened more clubs in Topeka, the 10 best gyms in Arlington, and Oklahoma City. Charles and Amber continue to give Jesus the credit. Their mission statement has become “Make Jesus famous and change lives.” It is a significant goal that they seem to be on top of. However, it doesn’t stop there. They are hoping to make it even bigger. By only hiring from within, they keep the company culture strong, which they feel has led to success.

This had all been happening in the midst of great adversity. From smear campaigns to huge competitors moving in across the street, they have faced it all! They have no intentions of stopping now. Colaw Fitness will continue to be a positive, uplifting fitness experience for all who enter the doors. Call us at 918-766-3353 for more information.