Hey we are Charles and Amber Colaw here with the fitness tip of the week. So I heard you’re going to bust some fitness myths. Yes. Today I’m gonna talk about five fitness myths busted and myth number one, you must exercise 30 minutes to have any benefit. Well, boom, no you don’t. At the Cooper Institute, they talk about if you exercise for 20 minutes at your target heart rate three times a week, you can drop the chance of heart attack and stroke by threefold.

There’s some huge benefits with just 20 minutes, three times a week. That’s number one. Plus, boom. Fitness myths number two is lifting weights is going to make you look like a bodybuilder or some sort of pro wrestler and especially women. We’ll talk about that. That is not true. If you work out with weights, you’re training heavy and working out as a girl, you don’t have the hormones to build a metabolize and synthesize called protein synthesis to re to repair and build muscle like a man at all.

You don’t have the testosterone. Don’t have all of that stuff in your body. You just can’t do it. So you could train Amber trains just like me. I train super hard, and I have a different hormone profile. I can build a whole lot better. I’ll train a guy that’s young. Yeah, but he builds like crazy and I’ll have a little thin girl.

She trains hard. She’s just gets toned. So that’s number two myth busting. Myth number three is if you stop working out all your muscles going to turn to fat. That is not true. Muscle and fat is not the same. The muscles actually atrophy and get smaller, but your muscle doesn’t actually turn into fat tissue or adipose tissue that cannot occur. That’s the third myth. Busted. Number four is that crunches and sit ups and stuff are going to make my gut go away.

That is not true. You cannot spot reduce by doing AB exercises. Thigh exercises are used, your thighs, you have to, it all comes from the kitchen. Apex, 24 hour fitness. In ASM Cooper Institute, I got a bunch of certifications. 70 to 80% of your success is your diet nutrition program, so that’s number four. Myth busted. You can’t do that. You got to get it in the kitchen. You’ve got to lose it in that place. Next up is myth number five. Myth number five is I’ve had clients talk about like, Hey, my wife’s pregnant, or I’m, I’m pregnant and I can’t work out and I don’t want it to hurt the baby.

And so on and so on. Um, there’s a ton of studies out there that actually exercising helps strengthen your body and actually will help with labor. So there’s a lot of stuff. I’m not a doctor, but you need to talk to your doctor. But most will end up saying, I’ve talked to doctors about it. They’ll say that you, if you exercise, actually helps your labor pro the part of labor and actually you recover faster. It’s a lot better. So that’s myth number five. Exercise exercises and pregnancy is bad. That’s number five. Plus, dude, this is Charles and Amber Colaw. That’s the five fitness myths busted for you guys. That’s a fitness tip of the week. We’ll see you guys next week. Have a great week. Bye bye. [inaudible]. 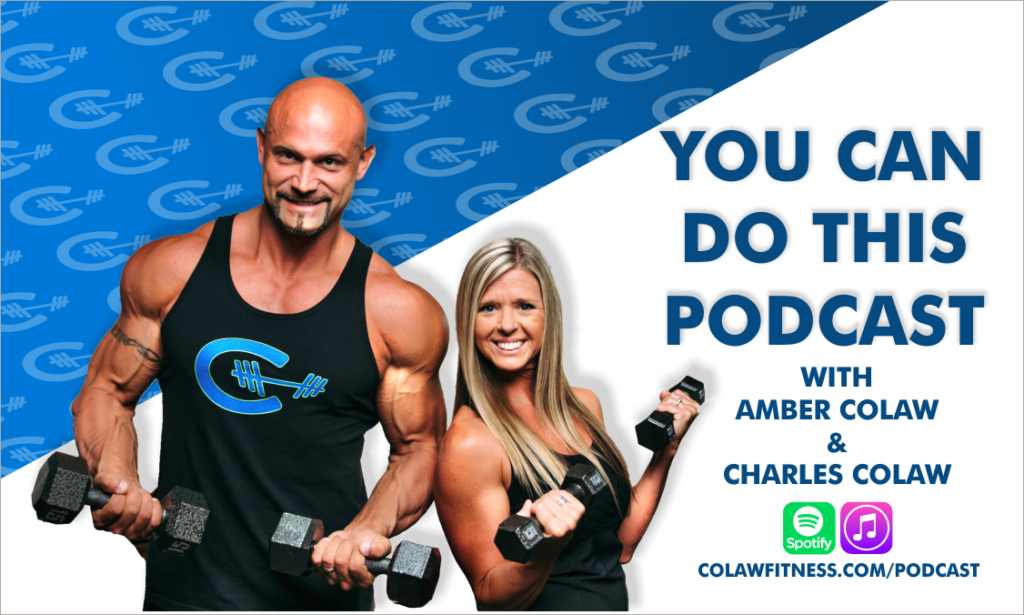