Hello, this is Charles and Amber Colaw. And we’re, today we’re wanting to talk about the win of the week. Uh, give you a fitness tip, uh, give you a notable quotable and some action steps so you too can be a win of the week of the best gym in Topeka. So Amber, tell us what, who, who win of the week is and which she would give away. She accomplished.

Okay. Super excited about this. Debbie has lost a hundred pounds, pounds. So yeah, we just know that that’s, um, that is so much Debbie, and we know that this has been a long road for you. It didn’t happen overnight, but you’ve been consistent. And so we’re so excited for you when we know how this is going to change your life and how you’re influencing others around you. Even by them, watching your journey. So we’re super excited and so can we make sure we have like some balloons come up on the screen here?

Yeah. Okay. Congratulations Debbie. So, uh, today, uh, the fitness tip is to eat slow to absorb foods for weight loss. Um, we taught eat slow, so slow to absorb food at and the solute absorbed like low-glycemic foods. And most of the diets out there like a, uh, like a ketogenic diet, south beach diets, Paleo based diets, maker’s diets, um, bodybuilding diets. Crossfit style diets. All of those Paleo based stuff.

It’s all fundamentally going to more natural foods that are more God-given foods and those are slower to absorb. Like a refined carbohydrates. Like processed white flour and sugar. Those absorbed in the body fast cause a heart incident release in store as fat very, very quickly. A lot of obesity is directly related to like sugar and refined carbohydrates. Give us a couple examples. What are, what are some things that process slow? Basically like, like meat and vegetables are really slow to absorb.

Um, so like, let’s say you’re a walking out on the prairie a hundred years ago and you want to, um, uh, eat something, you’d either have to hunt something and you know, last or shoot it or kill it it or, or whatever, but you’re going to have to kill some sort of thing to get like a meat. Um, and then you’d have to like from the ground white, some sort of stem stock or lead is gonna, you know, come from the ground and seasonally you have nuts and berries and things like that, but you really. 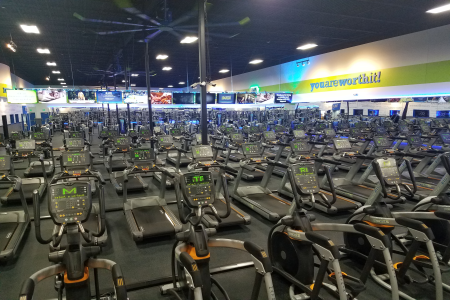 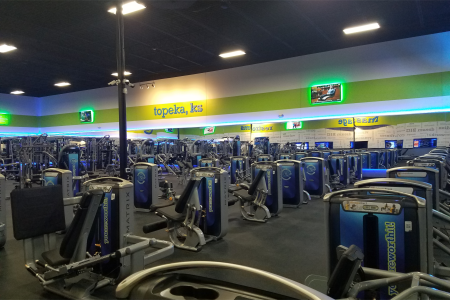 The foods that you’re eating are more of a higher protein. Higher fiber, um, a higher plant base. Higher a lean only lean protein based foods are are you to fish for something and I get a break. So the way that God could have created an us to eat, um, and less of the man made refined processed grains.

But anyways, taking that stuff, it’s slow to absorb foods are the best for weight loss and we can give you some of that information easy in our gyms and with our free trainer. So what is the notable quotable this week? Okay. Notable, quotable. Most great people have attained their greatest success. One step beyond their greatest failure. And that’s by Napoleon Hill. Yes. And so a lot of you guys have had a journey of trying to lose weight and uh, fell off or lose weight fell off.

But a lot of times their greatest success is just one step further said, don’t give up. Stay diligent. Debbie is a great example of being very diligent, staying consistent to lose that hundred pounds. And so it’s just super impressive. So yeah, it’s awesome. Debbie. Um, so your action steps for, for, for me to get to you as an action step is we have what they call the CF 30.

It’s the Colaw Fitness 30 day idiot proof, simple to follow diet and workout plan because better results. And you can go to our free trainer and they can actually help you, uh, learn how to do it and follow it. And that’s all I can. 100% free to look for the free trainer class because they are included with your membership. Asked somebody at the front for the CF 30 diet plan and workout plan and get started on that and start. We were voted as the best gym in Topeka by the Capital Journal in 2018.

So that’s step one. Step two, step two is to quit. Never quit. Like Debbie. Um, and reading that quotable again, the greatest, most great people have attained their greatest success. Just one step beyond their greatest failure. So don’t quit. Follow the plan. Um, eat healthy. So anyways, this, listen to her video. Hi, this is Debbie. She’s lost 100 pounds. Okay. Debbie.

Debbie Hewitt. I like, I feel comfortable here. It’s not like other gyms I’ve been to where there’s a lot of people and they are all, you know, muscular. Make me feel like I’m now. It’s great. I love the people here. Everybody’s super friendly. The staff is great. It’s a clean, it’s fine. Everything. Spray, tanning free massage beds, which are great.

Just the machines are great at the things. Clean, friendly staff. It’s a happy place. I’ve been coming to Colaw out for about a year now, and I know I’ve lost at least a hundred pounds since I’ve been here. I just walked a five k when I started at collide. Couldn’t walk half of half a block, so I have achieved a lot at Colaw. So it is great. This is definitely the best gym in Topeka.