Hey, were Charles and Amber Colaw here with the fitness tip? Yes. So I know we’ve talked about this a couple of different times, so we’re going to circle back around, hit it in a different way to some more information. How do we build muscle.

That’s 16 to 32 ounces of water with every meal as well, or between every meal as well. And then what we want to do is make sure that you’re, that you’re eating the right types of food. If you look at our CF 30 book, there’s, it gives you a list of all these quality proteins that you can choose from.

But, um, uh, next up you want to be making sure that you eat just enough carbs pre and post workout, that your body’s going to have good energy. You’re going to get a good pump, have a good workout. And that’s where you want to take about one banana or half a banana pre-workout and a one banana half banana post-workout that will give you just enough carbs.

Now you’re going to be eating anywhere from six to eight meals a day, every three hours, they’re all high protein. And then by doing that, and then eating a little bit of cardboard before and after you’re going to gain mainly all muscle, very little fat, if any fat, especially if you’re a thin lean guy, you’ll gain a lot of mass. A lot of guys think they eat a lot.

And I had a several guys that I used to train. They’ll say, I eat so much. I just can’t gain weight. I’ll literally say, well, come with me, actually pay you. I’ll pay for your meal. And they come with me and they see, I eat like three or four, like huge plates mounted up of chicken and green beans and all this kind of stuff when I’m really trying to grow.

They’re like, Oh my gosh, you just ate more than I do in like two days in one city. And I’m doing that like six times a day. So back in the day when I was bodybuilding, I was like two 87 and 6% body fat is huge. And so they don’t understand what it takes.

If a volume of lean proteins, high fiber vegetables, and then carb loading certain times for nutrient timing before and after your workout to build the muscle, to build that mass, it’s almost, it’s almost like they think they want it, but they don’t really want it. And they finally see it, that kind of volume have to eat to really build that muscle.

And anything less than that, you’re not going to put on quite. That kind of size because you’re not trying to get to 287 pounds and, and be lean. So the whole point is, is you’ve got to eat a lot of lean protein, every three hours.

You got to drink a lot of fluid and then car blood before and after your workout, that’s the tip to build muscle. This is Charles Colaw and Amber Colaw you guys have a blessed week. We’ll see you next time. Bye. Bye and see you at the Topeka KS gyms. 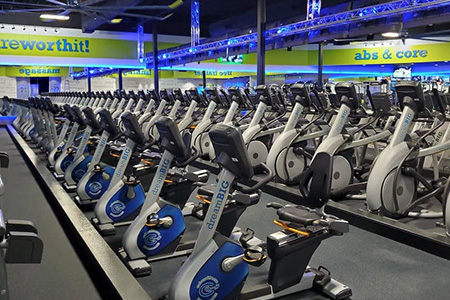